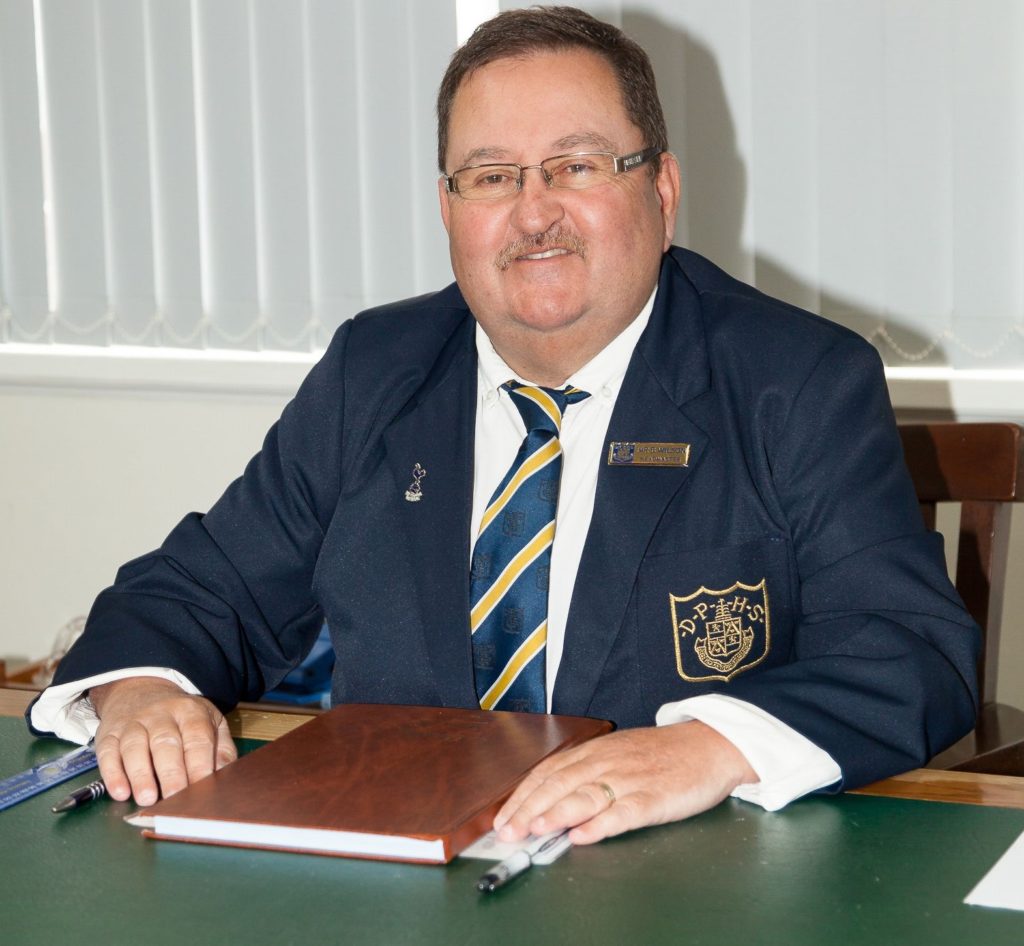 Message from the Desk of the Headmaster

PREP BOYS
“3 + 2 = 32” which relates to the number of school days remaining until break-up day on Friday 20 March.  It is amazing to think that we are already into our fourth week of the school year – so much has happened already with even more to follow going forward. Enjoy!

I am well aware that the What’s App messages were doing the rounds this past weekend in support of the achievements of our tennis team at the “Rising Stars” tennis tournament.  Please note that this is a national tournament that has been running since July last year, around our country, where the competitions took place to find the champion school in the city, then provincial play-offs, followed by quarter and semi-finals in zonal structures and eventually leading to the final round for boys and girls schools in Soweto this past weekend.  This programme has been driven by Tennis South Africa and Kevin Anderson (SA’s no 1 tennis player)

I share with you the outstanding achievements of our boys who ended up playing against Grey College (Bloemfontein) in the finals on Sunday.  This competition has covered 400 schools around the country throughout the various play-off rounds with our boys winning all the knock out stages leading up to the finals.  Our boys and coaches/staff have excelled in their overall efforts to end up as the silver medal winners ie. – DPHS came second in South Africa’s tennis ranking.  It was an extremely proud day to see our boys on national television last Sunday, both in playing their fixtures and being handed their medals by Kevin Anderson.

The ‘lighthouse’ of DPHS must shine down brightly on the following team members listed below who have steered our achievements through to those finals.

We were able to hand out their medals and trophy that they received at Assembly on Monday to thunderous applause from the school in attendance.
Congratulations to all of the above members for your noted and valued contribution that each one of you have given towards this Proudly Prep achievement.

Thank you in abundance ‘Prep’ for our combined efforts in making this past weekend such a successful one.  Firstly we need to respect the fact that this tour would not be possible, if our Prep families did not open their homes to host these 124 Saints visitors.  I can honestly state that many visiting parents approached me to sincerely thank our DPHS families for the care and support given to their son whilst they were hosted.  There were so many happy hearts and smiling faces noted amongst the boys which also included our own DPHS boys who also enjoyed the opportunity to host and be involved in the programme.

Our teams excelled in all of the 4 codes played namely golf where no result was necessary but Prep shone brightly on the score sheet, tennis which Prep won overall from the combined results, water polo where DPHS were unbeaten in the 7 games played against Saints and Clifton.  Our cricket teams continued to build on their success of last week with the teams namely 1/2/3/4th/11A/11B/10A/10B winning all eight matches in the ten over per side Big Bash on Thursday afternoon/evening.  This level of excellence continued into the limited overs fixtures played on Friday/Saturday with Prep almost making it another clean sweep ie. – we won seven matches with the 1st XI narrowly losing by 1 wicket in the final over/s of the day – a nail biting finale to the weekend.

I again applaud all the coaches, grounds and cleaning staff, Prep Club, parents who provided eats and support, Prep staff on tea/general duties for the synergy that was so warmly felt by all in attendance.

However, the Prep lighthouse must also shine down onto our Director of Sport Mr Dick who co-ordinated the entire programme of fixtures, venues, accommodation and catering.  This was a mammoth task and responsibility which was steered at the levels of excellence for Prep for which we are most grateful.

Congratulations Prep on an outstanding team effort – we can now look forward to being hosted by Saints in Johannesburg next year.

I remind you of the invitation extended to all DPHS families to join us to formally welcome our ‘new’ parents into the school.  We are calling on parents to please support the evening so that there are parents from the class or team that the ‘new’ families may be part of.  The staff will also be present to enjoy this social event where all partners can enjoy each other’s company.  Please respect that this evening is for Adults only.   You are asked to contact Mrs Hunter at school, if you have not already done so, to inform her of the number attending to assist with catering requirements.  I look forward to seeing you at the function on Thursday 6 February which starts at 18h30.

Let us build on our outstanding two weeks of results in these 20 matches that will be played over the two days.

Thank you to those families who shared the secret code with their son.  This week’s code is: “Prep is 110 years old”

HEADMASTERS QUOTE FOR THE WEEK
“Turn your wounds into wisdom”