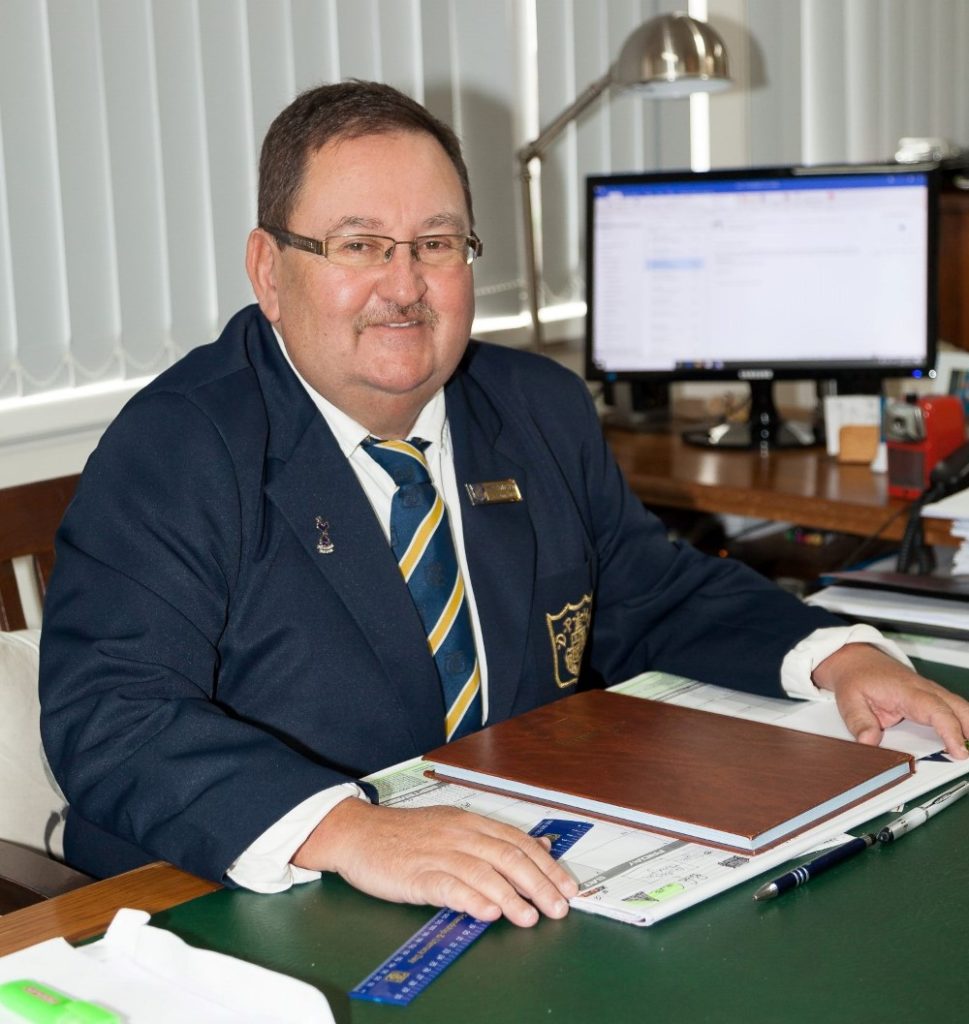 We can now say goodbye to March and welcome in the fourth month of the year – April which now means that there are 15 school days left until the last day of this term namely Friday 23 April.
Today DPHS celebrated our traditional Chris Cubitt Memorial Day in memory of those Prep boys who have passed.  We also honoured the passing of our staff member Mr Zulu, King Goodwill Zwelithini and our own DPHS family members and friends of friends.  It is thus important to share the overall message of today’s assembly especially for anyone who would like to share in the celebration.
MEMORIAL ASSEMBLY
Good morning Staff, Boys of Prep, Parents and Friends of the school watching this assembly.  I also warmly welcome the family of our beloved staff member Mr Zulu.
Attending today are :  Mrs Christinah Zulu (wife), Mr Thokozani Zulu – (son), Mrs Busisiwe Zulu (daughter in law),  Mr Mthobisi Shangase (nephew).

Soon after his passing the Chris Cubitt Memorial Fund was established in order to assist boys and/or members of staff who may require hospitalization and prolonged intensive care and rehabilitation.  Thank you to those families who have already donated R20 to support this Fund which is held in a separate account by the DPHS Educational Trust and is administered by the Trustees.  The boys respect this day by normally wearing their favourite sport or hobby kit – however this year we have continued the respect through their choice of dress.
Throughout the years we also pay our respects for the lasting memory or staff and DPHS boys who have since passed.  We remember our boys such as Luke van Zyl, Chris Cubitt, Holizwe Ngwekazi, Cameron Cowan, Joel Peterson and Connor Bell and those before them.
Over the course of this pandemic many of our Prep community have lost friends and family and in KZN we also lost our own King Goodwill Zwelithini, which is why many of our proud Zulu boys have chosen to wear their traditional umblaselo in his honour.
The story of our very own Zulu chief, Mr Mbongeni Zulu, is one of courage and determination.  His father, Mkhombiseni Zulu, was a well-respected and valued general assistant and head caretaker at Prep for an impressive 32 years until his sudden passing in 1989.  Such was his impact on the school that DPHS deservedly named the Functions Room after him in 2001.
Mbongeni, his son, looked to be following in his father’s footsteps when he joined the school staff as a general assistant in 1989.  He had left school in Std Nine/Grade Eleven but he had a dream of becoming a teacher.  The DPHS School Governing Body helped him to complete his Matric and then register to study for his Teaching Diploma via correspondence.  The agreement was that if he passed all of his studies the school would cover all his academic costs – which he accomplished.
Mbongeni Zulu was hired as an assistant teacher at DPHS in 1997 after he completed his Zulu major and finished his final credits; and then as a full-time member of the teaching staff when he completed his Bachelor of Arts degree and Teaching Diploma.  He taught Zulu and coached various sports – most notable was his spirit and determination for Bullimore to win the annual Tug-of-War event – and this is why we have decided to introduce the Mbongeni Zulu Tug-of-War shield.  This shield will be awarded to the overall champions from both the Senior and Junior Primary combined Tug-of-War results each year and will be displayed in the hall on the board of the Tug-of-War Champions.
In 2010, as DPHS celebrated its centenary, Ntuthuko Zulu – Mr Zulu’s son registered as a pupil in the Reception Unit, and passed all the way through the ranks of DPHS until Gr 7.
Mr Zulu often spoke about how he was looking forward to his retirement: sitting under the shade of a tree in his garden and telling his grandchildren stories about his life.  Unfortunately, COVID took that dream away from him – so as a school we have planted an uMsinsi Tree, also known as a “lucky-bean” tree, in his honour.  The uMsinsi tree is traditionally planted on the graves of Zulu chiefs, which seemed appropriate.  We will be putting a bench under the tree, with a commemorative plaque listing his clan names.  We call on all our Prep boys and community to one day sit in the shade of this tree, in memory of Mr Zulu.  Thank you to all the boys and families who also contributed to Mr Zulu’s commemorative tree by writing letters and drawing pictures onto leaves – which bear the words “Kusukela ekuquleni okuncane” which translates to “From small beginnings”; and also the words “Lala Ngoxolo” – Rest in Peace.  To the family, I state that our colleague, our staff member, educator, coach, true friend, our brother, namely Mr Mbongeni Zulu will always be with us here at DPHS.  I raise my Prep cap to you Mr Zulu “Lala Ngoxolo”.
The school and Mr Zulu’s family greatly appreciate the financial donations that you as the Prep community forwarded on a voluntary basis to be handed over to a representative of Mr Zulu’s family.  To receive our combined generosity from the school, staff, parents and boys is Mr Thokozani Zulu, Mr Zulu’s oldest son.  It gives me great pleasure to now call on Mr Thokozani Zulu to address you.
Each year as per tradition I call on the 4 House Captains to follow me to the Memorial Fountain where they will each lay a wreath on behalf of their House in honour of boys present at DPHS, our Old Boys who have passed throughout our 111 year history.

This year we also call on our House Vice Captains to follow with the Tug-of-War rope to place around the Memorial Fountain in honour of Mr Mbongeni Zulu. We ask that we all now, as a tribute and celebration, lift your spirits and voices as we proudly sing our DPHS School song.
May we continue to stand in silence and allow each of us as staff, boys, parents and DPHS Community to pay our own personal respects to our loved ones as in our families and friends who we so fondly remember.  As a fitting tribute and finale in honour of our Memorial Day and Assembly I call on the Bullimore House Captain Oliver Ludwig – Mr Zulu’s House, to do the “Prep Call”.
Thank you to Mrs Parry, the Co-ordinator of this Assembly/Day, the Prep Staff, DPHS families and boys and to Mr Zulu’s family in attendance for making this a Proudly Prep memorable experience.

This year’s Galas will be held under different circumstances due to the Covid pandemic where health and safety protocols and social distancing remains a priority.  As the galas are held behind ‘closed doors’ it means that only the competitors and selected officials and coaches will be present – these galas will be streamed live to our community.  The first time we will thus miss the large turnout of parents and the vocal cheer that they provide from the stands.  The focus though has been to afford our boys the opportunity to display their talents after their weeks of training.  This preparation has taken place in hoping that our boys could represent our school at the swimming galas which unfortunately will not happen at this stage of the year.  This ‘Championship Gala’ will thus provide that platform for our boys to compete in a gala of swimming excellence and thus challenge for the respective honours as per age group.  We thus need to highlight the combined efforts of our staff for making this event a reality.  Special mention must be made of our Director of Swimming, Mrs Paige Richards, who has been so committed to ensuring that his gala receives all attention to details.  Thank you Mrs Richards.
It also gives me great pleasure on behalf of our school to again introduce our Head Coach Mr Marno Langeveldt and his team of coaches who are directly involved in our swimming programme at DPHS.  Thank you to Marno and these coaches for the excellent service provided that has been greatly appreciated here at school.
I would also like to acknowledge our own School Swimming Coaches, Director of Sport Mr Dick and the Sports Department, our PE Staff and Prep Staff serving as Officials as well as our boys and their parents, in their combined efforts to develop and support our code of swimming to even higher levels of excellence.  Well done Prep!
Let us focus now on each Prep competitor here, in recognition of your personal swimming achievements noted so far during this 2021 swimming season.  It is indeed an honour that you have personally qualified to participate and be included in this prestigious event on our swimming calendar.  Congratulations to everyone involved – you are all Champions at this Championship Gala.

EASTER WEEKEND
May those families celebrating during this Easter weekend be blessed with abundant faith, goodwill, love, joy and quality family time throughout each day.
Happy Easter!